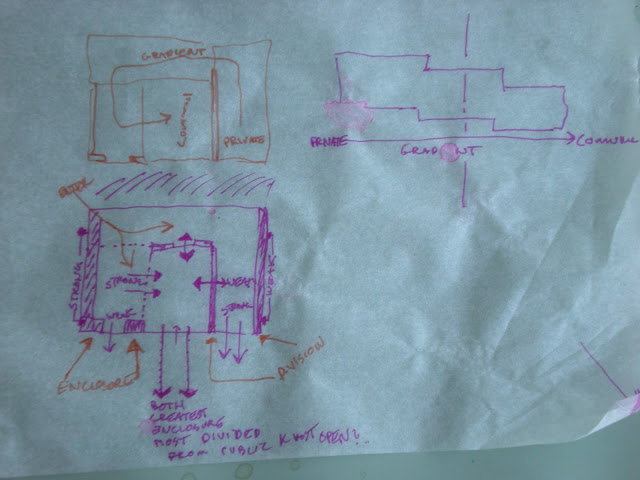 These diagrams start to read back into the previous  work some relationships between the private and the communal in an ideal house.  Here there is a gradient from the one to the other, and despite the simple spiral arrangement on the left, it is a linear  relationship, a path with two directions shown in the section diagram right.  As an organizing path it can be bent around simply as in the plans, or it has the potential to be bunched up, or spiralled over itself, or laid out straight as train tracks.

Some observations/questions:
The most communal space is also the most inward looking and most separated from the public while the most private has the greatest visual connection out.

In this diagram there's a paradoxical closeness between  most private and most communal.

Where on this gradient or continuum is entry?  At the most communal?  At both ends? At the mid-point between the two conditions?
Posted by Ben HD at 8:30 AM